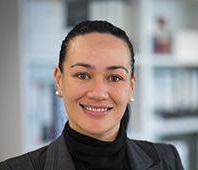 Te Whenua Law specialises in providing affordable advice and advocacy to support Maori social and economic development. The practice covers a broad range of matters from Maori land and asset management to Waitangi Tribunal claims. The company's educational arm - Te Whenua Consulting, provides workshops to educate on participants on basic matters of law, and to assist organisations to develop an understanding of the Treaty of Waitangi and improve Maori language and cultural competency amongst staff.

Tania is also member of the board, Recreation Aotearoa and Kai Rotorua and an iwi representative on the Bay of Plenty Regional Council Rivers Advisory Body.

Prior to establishing Te Whenua Law and Consulting, Tania practiced as a Waitangi Tribunal and Maori Commercial Solicitor at Bay of Plenty Law Firms - Aurere Law, Holland Beckett and Potts and Hodgson Lawyers. She is the former Programme Manager Maori at Victoria University's Centre for Executive Development and co-wrote the Centre's Maori language resources. Tania also managed Maori educational programmes for the Peace Foundation Aotearoa, a not for profit organization which educates on peaceful conflict resolution in New Zealand schools. Prior to this Tania held the role of senior researcher Maori at Te Papa Tongarewa, the Museum of New Zealand, where she worked across the curatorial and repatriation teams to support the generation of knowledge on Maori taonga and customary practices. Tania is known for fostering confidence in those with little or no exposure to the Maori language and culture in a safe learning environment.

Please confirm you want to remove all the items in your cart.

Please Login or Order as a New Customer

When you've finished you'll have the option to create a password which will allow you to save your details and make your future purchases even faster.

Are you sure you want to log out of the site?

Thank you, your message has been sent successfully.